Get It in Writing 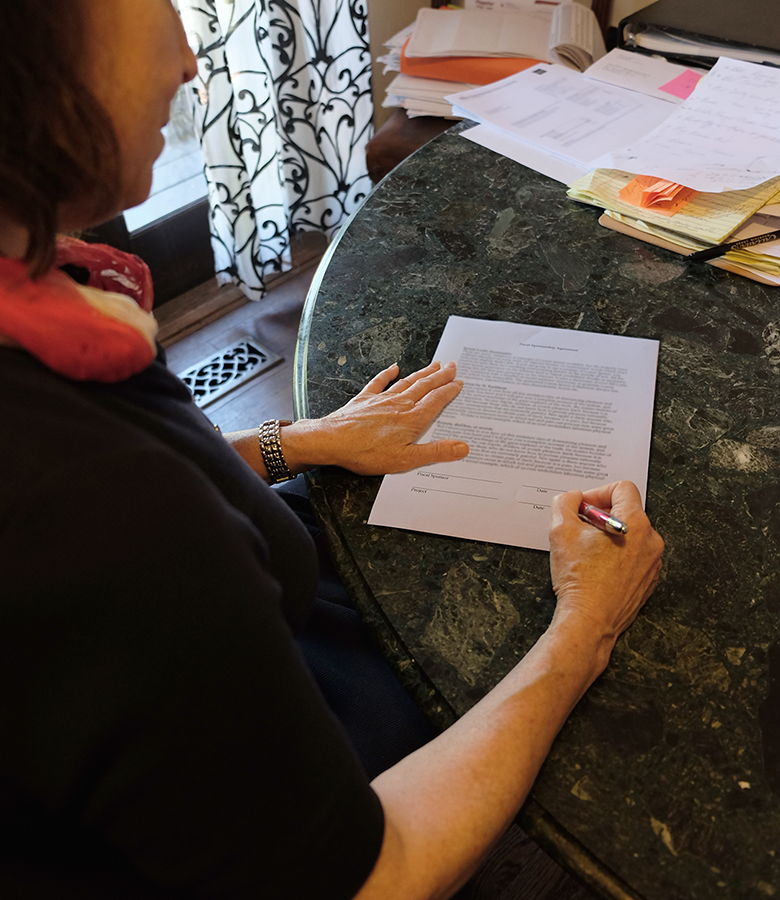 The importance of having a real fiscal sponsorship agreement

Fiscal sponsorship can be tremendously useful for charitable entrepreneurs who want to test‑drive a new concept, are waiting on an IRS determination letter, or simply don’t want to deal with the administrative slog of running a charity themselves. And it doesn’t require an established fiscal sponsor — any public charity with similar purposes and a desire to help out can serve as the project’s sponsor.

In situations where a charity is completely new to fiscal sponsorship or there’s some preexisting relationship, however, it can be tempting to keep things as informal as possible by having only an oral understanding or maybe an e-mail exchange to discuss the sponsorship setup. It’s easy to sympathize with this approach: The project may be small and time-sensitive, and everyone is pulling toward the same charitable goals. Besides, even if a dispute does arise, there’s probably little money or desire to litigate the fine points of a formal written agreement.

But I’m going to suggest some important reasons to take a step back and put a formal agreement in place, even in these less formal situations.

The process of reading through good template agreements from other sponsors, addressing each point, and writing down terms can help both the new sponsor and project leaders to nail down details at the beginning of the sponsorship, when it’s easiest to work through potential issues.

Do you actually have a fiscal sponsorship?
Perhaps the most important motivation behind many fiscal sponsorships is to enable contributors looking for a charitable deduction to treat their payments as being made to the sponsoring charity, rather than to a non-exempt project or its individual leaders. For this to work, the sponsoring charity must own the fiscal sponsorship funds. It also must have the discretion and control itself, independent of any outsiders, even project leaders, to use the funds to serve the charitable purposes for which they were donated. While the contributed money can be restricted to the project’s charitable purposes, it can’t be earmarked for the specific project entity or leaders. If it is, the IRS may view the contributions as having been made directly to the project or its leaders, putting charitable deductions at risk.

Without a written agreement, the sponsor and the project may be unable to demonstrate that the sponsorship meets these requirements. This can be critical if the sponsor finds itself under an IRS audit, but also simply if a foundation grantor or a scrupulous donor wants documentation of the sponsorship structure.

Everything is going great… but how does it end?
Even where a fiscal sponsorship isn’t expected to have a long lifespan, such as with a Model A “direct” project, the sponsor or the project leaders or both may decide at some point that the relationship needs to end. Perhaps the sponsor no longer wants the responsibility, or the project has outgrown the sponsor.

What happens to the project in these cases?
If there’s no written agreement, it’s entirely up to the sponsor how much it’s willing to work with project leaders to find a new sponsor or otherwise wind down the project. The sponsor may be open to it, or not. It may abruptly announce that the sponsorship is over, or it may give the project leaders time to find a new home or set up their own charity. Without a written framework, the process can seem whimsical and unsettling.

Not all template sponsorship agreements address this concept, which we call “project portability,” so it’s an important matter to keep in mind, even if you’re working off a template.

So, how do you go about putting a written agreement in place?
You can use a lawyer, but this post is about why written sponsorship agreements are important, not why you should hire lawyers. Fortunately, there are plenty of publicly available resources to help sponsors and projects in this process. The appendix to the third edition of  “Fiscal Sponsorship: 6 Ways To Do It Right,” written by my colleagues Greg Colvin and Stephanie Petit and published by Study Center Press, outlines the key terms and conditions that Model A direct-project and Model C preapproved-grant agreements should address. Established fiscal sponsors may post exemplars of their own agreements on the Internet (or may kindly offer them on request), which can provide ideas about how they approach their relationships with projects.

Also, the agreement does not need to be overly formal or bursting with impenetrable legalese.  Simple English is fine: The important thing is for the sponsor and the charity to think through the details of the sponsorship and have a single written document with everything laid out in language they both understand.

Steven Chiodini is a guest contributor to this blog.