Where is fiscal sponsorship today — and where’s it going?

In May this year, I was organizing my topics for an upcoming presentation on Covid Conversations, the weekly Zoom gathering of fiscal sponsors from across the country. I wanted to cover two themes: what fiscal sponsorship looks like today and how it might grow and change in the future.

To make sure I was hitting points that would give meeting participants practical information to chew on, I asked Geoff Link, San Francisco Study Center executive director, to weigh in on his experiences. Under his leadership, the Study Center has been a fiscal sponsor for 47 years. Here are excerpts from my queries and his responses. 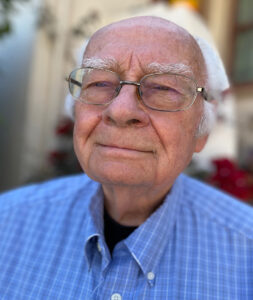 What is fiscal sponsorship today? And what about those who may be doing it but don’t realize they’re doing it, such as universities?
Universities, hospitals and religious organizations are almost a separate category of fiscal sponsorship. I believe that, especially for universities, it’s often more about adding a high indirect rate as an administrative charge on research grants for the institution to make money and less a notion of providing a service to benefit the community.

What about Model F fiscal sponsorship — subsidized, below-market, back-office services?
These are useful for projects, but it’s hard to assess what’s a below-market rate in terms of setting fees for the services the sponsor provides. How it would work in a Model C sponsorship would be worth a column on your blog.

And government as a funding source for community projects?
Many public agencies depend on nonprofit contractors to provide essential community services, but they most often label those nonprofits “fiscal intermediaries” instead of fiscal sponsors. That’s because the public agencies call all the shots on personnel and operating expenses. There’s no variance power for the nonprofit contractor. Because the government agency is tax-exempt, it doesn’t matter anyway. It’s really just a fee-for-service gig for the nonprofit, which must be a 501(c)(3) to get the gig.

How might fiscal sponsorship as a service grow beyond what it is now? Will total automation, for example, change it – using AI to exercise discretion and control or do project intake?
This would be like taking a road trip and trusting your Tesla to stay on the road while you snooze in the backseat. Maybe all online intake and implementation works for Model C projects under a fiscal sponsor like Fractured Atlas, but for Model A projects, trusting an algorithm to decide which projects to take on and how to onboard them, then dealing with their endless issues over time, that would be a quick way to go belly up. Plus, it wouldn’t be any fun for the fiscal sponsorship staff. The art of fiscal sponsorship — not the science — is what makes this practice so personally and professionally satisfying.

Will we just become Model A conglomerates, on the corporate model?
Given the size of some of the biggest fiscal sponsors, it’s a trend that could grow, but I think there’s a huge demand for local fiscal sponsors to step up. I doubt we would see fiscal sponsor monopolies since an aspect of that growth is profitmaking, which isn’t the driving force in the culture of grassroots fiscal sponsorship.

What if legal formation and tax-exemption became easier and faster?
This would change fiscal sponsorship as we know it. The field would expand exponentially beyond state and federal governments’ ability to police it. There’d be no need to follow models on how to do it right because if any group could quickly become a tax-exempt public charity, there’d be little or no need to have a fiscal sponsor.

How can we keep the grassroots character of fiscal sponsorship?
The only way is to not allow the practice to become codified, either by states like California and New York — because those laws would become models for the rest of the states — or by the federal government. Whatever law the feds laid down would make it a nationwide practice and, given the feds’ penchant for not knowing how to do things right, eventually fiscal sponsorship would lose its local character and grassroots culture.