In the early 1990s, a series of discussions occurred among private foundations and public charities concerned about how to maximize the ability of the philanthropic community to support a wide variety of important activities ranging from arts to international aid, from environmental activism to individual health needs, and a host of other human services.

The discussions centered on the future of that funding practice widely (and unfortunately) known as fiscal agency.

That practice was criticized and rightfully so — see, for example, Use of Fiscal Agents: A Trap for the Unwary, by John A. Edie, Council on Foundations. Some organizations considered abandoning the practice. Most continued it, however, for the compelling reason that the charitable sector would be crippled without a way to harness the creativity and respond to the needs of a vast array of groups and individuals that lack the tax status required to receive grants from many private foundations, government agencies, and other funders.

Taking a positive approach to the problem, it is possible to describe six different models by which a public charity, tax-exempt under IRC Section 501(c)(3), can conduct a program of support to individuals and to nonexempt organizations that is legal and proper.

First of all, a change in terminology is needed to reflect the proper relationships. This arrangement should not be called “fiscal agency,” because the charity is not, and should not be, the legal agent of the nonexempt project. Under the law of agency, an agent acts on behalf of another (the principal) who has the right to direct and control the activities of the agent. Calling a charity a “fiscal agent” implies that the project controls the charity. To comply with tax-exempt law, the relationship must be the reverse; the charity must be in the controlling position, and the nonexempt project must act so as to further the charity’s exempt purposes.

Fiscal sponsorship is now considered to be the more accurate and acceptable term. It implies, correctly, that the charity has made a choice to support the nonexempt project financially.

Fiscal sponsorship arrangements typically arise when a person or group (a project) wants to get support from a private foundation or a government agency, or tax-deductible donations from individual or corporate donors. By law or preference, the funding source will only make payments to organizations with 501(c)(3) tax status. So the project looks for a 501(c)(3) sponsor to receive the funds and pass them on to the project.

However, the IRS has a strict policy against “conduit” arrangements. When a donation is made by X to Y, earmarked for Z, it is in reality a donation from X to Z, and if Z is not exempt under Section 501(c)(3), the gift is not a tax-deductible contribution. To be deductible, the IRS requires that Y (the sponsor) have complete discretion and control over the funds, and holds Y legally responsible to see that its payments to Z (the project) are made to further Y’s tax-exempt purposes.

As the models demonstrate, fiscal sponsorship advantages are not limited to situations where the project lacks, or never will have, 501(c)(3) status. Fiscal sponsorship is often used for that temporary period before a new organization obtains its own tax exemption. Other variations occur when a small 501(c)(3) group needs the help of a larger 501(c)(3) organization to manage its financial affairs or seeks IRS classification as a public charity based on the relationship with the sponsor.

The six models are not etched in stone. They are simply devices for understanding the possibilities. Each model is really a paradigm with certain unique characteristics. In practice, they may be used in combinations, blended, subdivided, and they may serve as springboards for developing new models. 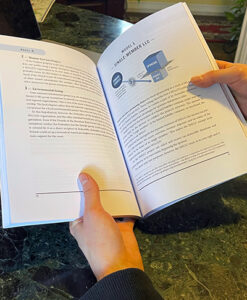 The redesigned 3rd edition of Fiscal Sponsorship: 6 Ways To Do It Right features color photography of fiscally sponsored projects and at-a-glance charts and diagrams of the models, including the newest Model L.

The 3rd edition NOT available at Amazon. It is available ONLY from Study Center Press at FiscalSponsorDirectory.org