Gregory Colvin is the author of Fiscal Sponsorship: 6 Ways To Do It Right now in its 3rd edition, co-authored by Stephanie Petit

This website has always been intended to be a companion to the structural guidebook Fiscal Sponsorship: 6 Ways To Do It Right, providing a place where information on new developments and best practices could appear between published editions of the book.

It has served that function for 14 years since the second edition came out in 2005, with occasional postings and free summaries of the essential elements to doing good charitable work in the world through well-managed fiscal sponsorship programs.

With the publication of the Third Edition in 2019, fiscalsponsorship.com is taking on a new look and a new life, as grassroots movements and urgent needs in public health, arts and culture, the natural environment, marginalized communities, overseas grantmaking, and emergent nonprofit innovations have taken center stage.

Let me just stop now to say, if you don’t have it already, I urge you to order a copy of Fiscal Sponsorship: 6 Ways To Do It Right, Third Edition, directly from the publisher, Study Center Press. The book has been completely revised, and goes far beyond the second edition that Amazon is selling. The Third Edition features the new Model L (a sponsored limited liability company) and much more detail on successful operation of all the models.

This website will contain blog posts on the theory and practice of fiscal sponsorship, some from me and some from guest bloggers, including my co-author, Stephanie Petit. We want to publicize interesting and emerging examples of success in fiscal sponsorship, address common problems and possible solutions, and never stand still.

All of us who have worked to pioneer this field remember situations where we were called on to promote, engage, and support a well-crafted fiscal sponsorship in order to overcome an obstacle and find a way to serve the greater good. 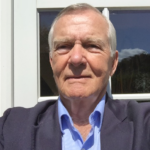 Like my mentor, Tom Silk, who founded the nonprofit law firm that I joined in 1986. When the IRS audited his client, Glide Church, an early San Francisco-based fiscal sponsor, Tom succeeded in defending Glide’s conduct of charitable programs through various sponsored projects.

Like the experience I had in my hometown, Petaluma, Calif., after the kidnapping of my stepson’s classmate Polly Klaas in October 1993. The community responded with an outpouring of donations and in-kind services to the junior high school PTA as a temporary fiscal sponsor to support the search effort. I was able to quickly incorporate the Polly Klaas Foundation and obtain IRS approval of its tax exemption in 11 days, then transfer the project over from the PTA to the new foundation. 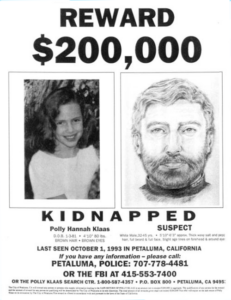 Like my 1969 experience in Chicago with a Black homebuyer reform movement, the Contract Buyers League. As a Yale Law School student, I did an “intensive semester” working on a federal civil rights case brought by hundreds of Black families that had been grossly overcharged when they purchased homes in formerly white neighborhoods, under land-sale contracts instead of mortgages. Ta-Nehisi Coates, in a 2014 Atlantic article entitled “The Case for Reparations,” featured the CBL situation as the centerpiece of his argument.

Years later, writing the first edition of Fiscal Sponsorship: 6 Ways To Do It Right, I realized why the Contract Buyers League’s expenses were paid by an entity called the Gamaliel Foundation. The CBL did not have 501(c)(3) tax status. It was my first experience with fiscal sponsorship.

BUILT BY MANY HANDS

Many hands have worked to make fiscal sponsorship a reality, not just a legal concept. That many foundations, networks of practitioners, technological wizards, and a growing cadre of nonprofit executives have brought it to life stems from one true source — the nonprofit world needed it. We can be rightfully proud that we have made it a bit easier for people from all walks of life to do something large or small for the common good. This innovation in law and practice couldn’t have come at a better time.
— From the Postscript of Fiscal Sponsorship: 6 Ways To Do It Right, 3rd Edition