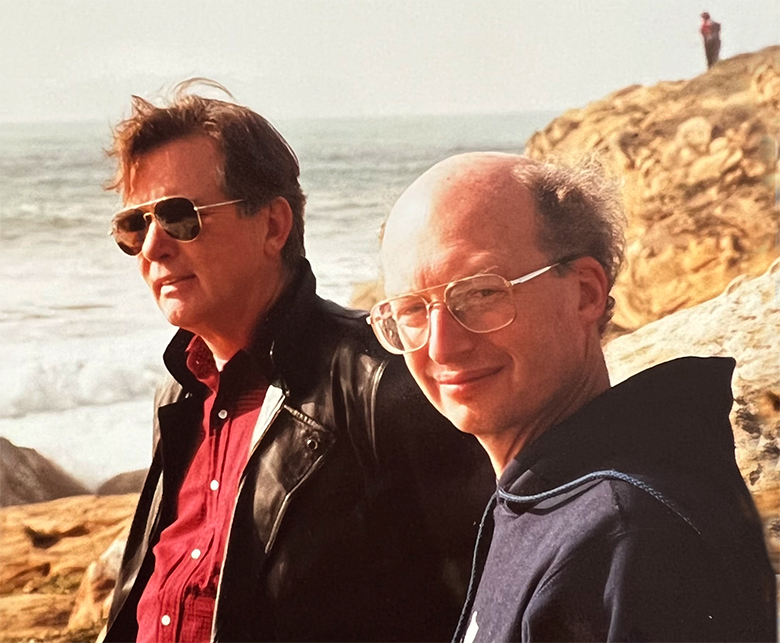 On January 25, I learned that Tom Silk, the founder of our law firm, Adler & Colvin, had passed away that morning. I was fortunate to visit him at his Stinson Beach home December 31 and enjoy his bright spirit for the last time.

I met Tom in the late 1970s when I went to him for legal advice as a client. He had a reputation as a wizard — “smooth as silk” — who could open the doors to nonprofit, tax-exempt status for the counterculture, from the Panthers to Zen Buddhists to emerging California philanthropists. With his help, we set up several 501(c)(3) tax-exempt research institutes and publishers and grassroots organizations. He introduced me to other exempt categories I’d never heard of — 501(c)(4) advocacy groups and 527 political organizations — the full suite of nonprofit tools for making social and political change. (My California license plate is C3C4527.)

I joined Tom and Betsy Adler as law partners September 1, 1986. When a crisis of confidence arose in the early 1990s about the practice of “fiscal agency,” the San Francisco Foundation and the Gerbode Foundation hired us to write a definitive book lifting up “fiscal sponsorship” to a legitimate place in the nonprofit world.

Tom’s advice to social entrepreneurs who wanted to obtain tax-deductible funding without setting up a new 501(c)(3) nonprofit corporation was to choose one of three ways to get paid via an existing charity: as an employee (which became Model A), as an independent contractor (Model B) or as a grantee (Model C). He also drafted the book’s hypothetical examples that take readers through the process of deciding which model would be the best fit. And then, generously, he turned over to me the rest of the book to complete. It became the first edition of Fiscal Sponsorship: 6 Ways To Do It Right, published in 1993.

He introduced me to John Edie, Drummond Pike, Frances Phillips, Geoff Link, Tom Layton, Alma Robinson, Kirke Wilson, Al Rodriguez and Jan Masaoka, all pioneers who built credibility for fiscal sponsorship to revitalize civil society in California, the United States, and the world. With Tom’s charm and brilliance, he made it a lot of fun.

The San Francisco Chronicle has just published a full obituary with many highlights of his life and career.