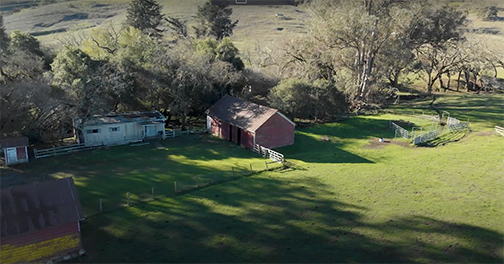 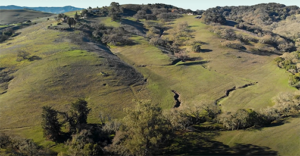 In December 2020, Greg Colvin posted a story about an environmental project he and dozens of his Petaluma, Calif., neighbors have been shepherding through the local land use system since 2005. The Kelly Creek Protection Project was reaching a critical juncture at that posting. “As 2021 begins,” he wrote, “we’re hopeful everything will fall into place.” This is an update on that fiscally sponsored project.

The Kelly Creek Protection Project and private developer Davidon Homes held their collective breath Feb. 9: Their joint proposed use of 58 acres of Scott Ranch, an historic dairy farm just outside the Petaluma city limits, had reached a key milestone as the Petaluma Planning Commission heard public comments on a draft Environmental Impact Report.

The EIR looks at how preserving 44 acres for parkland and building 28 homes on the remaining 14 acres — the agreement reached by the project and developer after years of negotiations — would affect the environment.

Developer Davidon bought the land in 2003 for $7.8 million and originally proposed building 93 luxury homes on the ranch site, which includes oak tree-studded rolling hills, habitat for the threatened California red-legged frog and classic red barns. The city nixed Davidon’s proposal and did the same in 2017 when the developer returned with a downsized plan to build 66 homes.

“From what I hear and see, the public’s appreciation and enthusiasm is strong and getting stronger. Fingers crossed.” — Greg Colvin

Community advocates, opposed to the private development from the start, officially organized in 2016 as the Kelly Creek Protection Project, a fiscally sponsored project of Earth Island Institute. KCPP hoped to raise $11 million and purchase all 58 acres, build new trailheads to link the land to the adjacent 256-acre Helen Putnam Regional Park, protect the watershed and the frog habitat, rehabilitate the barns and add two parking lots to minimize traffic congestion, and transfer the land to the Sonoma County Regional Parks.

With sponsorship from Earth Island Institute, organizational home for decades to more than 200 environmental projects worldwide, KCPP raised $4 million, not enough to buy all the land but enough to purchase 44 of the ranch’s most environmentally sensitive acres. Davidon accepted the offer and agreed to build only 28 homes on the remaining land.

In the weeks leading up to the planning commission EIR hearing, the project and the developer hosted a stunning 9-minute virtual tour of Scott Ranch that reinforces what could be lost if the city doesn’t approve their proposal. They also invited residents to join a virtual community meeting about plans for the property, and KCPP Director Greg Colvin wrote a Feb. 3 editorial for the Petaluma Argus-Courier.

“I hope that our town and its elected officials will see the value of compromise, unity, and reconciliation in our case,” Colvin wrote in his editorial. “This is how we go beyond fighting forever.”

He also noted that if the city didn’t approve this joint parkland-housing proposal, Kelly Creek Protection Project might lose the chance to acquire, preserve and improve the 44 acres, and Davidon would be free — once again — to propose building up to 100 homes.

After the city planning hearing, Colvin sounded positive. The EIR, he said, found the biological, geological, hydrological and aesthetic environmental impacts were insignificant or could be mitigated, except for one: transportation. Planners were concerned about parking congestion and excessive VMT (vehicle miles traveled) measurements — the miles traveled by people and their cars in this area outside the town’s urban core.

The planning commission voted 6-0 to send the EIR to the city council for a hearing and vote on March 15, recommending that the EIR move forward to final form.

“The vote will be an important indicator of council members’ attitude toward our combined proposal. Most likely they’ll send the EIR to staff to finalize it, and then the mitigation steps will get serious,” Colvin explained. “We’ll need a majority vote to certify the final EIR and start approving the various ‘entitlements’ such as Davidon’s subdivision map. We need those to close escrow and take title to the 44 acres of ranchland.”

Colvin believes public opinion for that outcome will help shape the decision.

“From what I hear and see, the public’s appreciation and enthusiasm is strong and getting stronger. Fingers crossed.”